MARTIAL ARTS FOR BOTH CHILDREN AND ADULTS!

Lies: why children lie and what to do

Why do children lie?

When do children start lying?

Children can learn to tell lies from an early age, usually around 3 years of age. This is when children start to realise that you aren’t a mind reader, so they can say things that aren’t true without you always knowing.

Children lie more at 4-6 years. They might get better at telling lies by matching their facial expressions and the tone of their voices to what they’re saying. If you ask children to explain what they’re saying, they’ll usually own up.

As children grow older, they can lie more successfully without getting caught. The lies also get more complicated, because children have more words and are better at understanding how other people think.

Encouraging children to tell the truth

Once children are old enough to understand the difference between true and not true, it’s good to encourage and support them in telling the truth.

You can do this by emphasising the importance of honesty in your family and helping children understand what can happen if they lie.

Here are some tips:

Tall tales: how to handle them

Pretending and imagining are important to your child’s development, and it’s good to encourage this kind of play. ‘Tall tales’ don’t need to be treated as lies, especially for children under 4 years.

If your child is making up a story about something, you can respond by saying something like, ‘That’s a great story – we could make it into a book’. This encourages your child’s imagination without encouraging lying.

Deliberate lies and lying: how to handle them

If your child tells a deliberate lie, the first step is to let your child know that lying isn’t OK. Your child also needs to know why. You might like to make a family rule about lying.

It might seem that your child keeps lying, no matter what you do. But if you keep praising your child for telling the truth and you also use consequences for lying, your child is less likely to lie as they get older.

Sometimes children lie or keep secrets about serious issues. For example, children who have been abused by adults or bullied by other children often lie because they fear that they’ll be punished if they tell.

Here’s what to do if you suspect your child is lying to protect someone else:

Some children might lie frequently as part of a larger pattern of more serious, negative or even illegal behaviour like stealing, lighting fires or hurting animals.

If you have concerns about your child’s behaviour, safety or wellbeing, think about getting professional help. Talk to your GP or school counsellor for advice on who to contact.

Until next time, Master Eastham

If you are looking for toddler karate classes or martial arts for toddlers, you and your child will LOOOVVVEE our Little Ninjas Program. We teach the skills they need to be ready for learning at school and prep. They will improve their listening skills, co-ordination, focus and self control, while learning how to make friends!

Discover why parents love our Kids Martial Arts Program in [spark_fields id='city'] & Chester. It's the perfect blend of gross motor skills, personal development, and character enrichment, and gives your little one an edge when they enter a busy school setting.

Parents LOVE our [spark_fields id='city'] & Chester Junior Martial Arts program because it teaches not only self defense, but also vital life skills like focus, discipline, respect, and more! Watch your child's confidence flourish and their grades improve with this awesome Child Greatness program.

Our [spark_fields id='city'] & Chester Teen Martial Arts program combines next-level fitness with next-level FUN- no more boring workouts! It's time to switch up your routine and get the results you've been looking for in an awesome community of like-minded people.

It's time to shake things up and change your work out. No other fitness program in [spark_fields id='city'] & Chester can generate the results that our Fitness Kickboxing Classes can. Are you ready to for a change?

When we say we have the best birthday parties in [spark_fields id='city'] & Chester, we mean it. Give your child the perfect party, while you enjoy a stress free day. Your child will thank you later, we guarantee it!

Fill out the form below to

Get Your Spot Now! 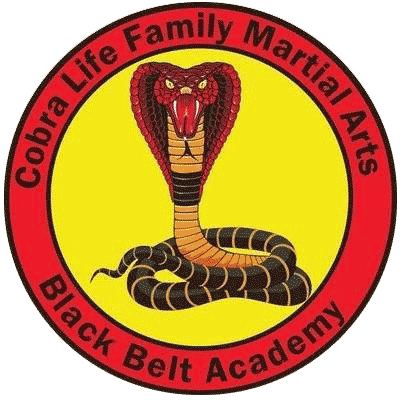